The de Ferrers Academy began to roll out 1:1 iPad in October 2012 as a pilot project with the sixth form and teachers. Feedback was incredibly positive and by September 2014 we had expanded the project to include every student in Years 9 -13, the entirety of Trent Campus and Sixth Form campuses, with a couple of bookable crates of iPad on Dove Campus.

In September 2021 we will be expanding the programme to cover all students in Years 7-8 on Dove Campus as well.

Our vision was based on 4 key areas:

By providing every student with access to their own digital device we have been able to significantly increase access to creative & organisational tools, online resources and more effective feedback and assessment.

HOW HAVE WE ACHIEVED THIS?

The Academy has a long history of involvement in learning technologies, including early use of VLEs and online assessment tools and was previously a Secondary Focus School for the SSAT ICT Register.

By reducing spending on some traditional ICT equipment (sets of laptops, PCs at the back of rooms, Interactive White Boards), eliminating paper student planners, cutting back on worksheet photocopying and online services we have been able to reallocate money towards the 1:1 iPad programme and infrastructure. We have moved our learning resources from paid hosted sites to free sites and services including interactive digital textbooks and Google Drive. Instead of students sharing slow sets of laptops in some lessons, every student can now use their own personal device in every lesson and at home.

Over the last 10 years, the Academy has had hundreds of visits from interested educators to see our 1:1 iPad programme in action, including researchers and visitors from the USA, Finland, Ireland, Norway, Germany and The Netherlands, as well as senior ICT Company executives.

In September 2013 we became an Apple Regional Training Centre (see our webpage www.deferrers.com/rtc) and in December 2015, the Academy was invited to join the Apple Distinguished Program for Schools, recognising outstanding leadership and learning in the use of Apple technologies.  In 2018 the Academy was reaccredited as an Apple Distinguished School. The de Ferrers Academy was shortlisted as a finalist for the TES Digital Innovation Award in 2017.

The Academy was one of the first schools to have 2 Apple Distinguished Educators (ADEs) amongst its staff,  working with schools locally, nationally and internationally on training. We have been invited to take part in events including:

Greg Hughes also served on the Apple Distinguished Educators Advisory Board for EMEIA region (2015 - 2017) and the Apple Regional Training Centre Advisory Board. Three of our staff (Emma Brown in Enterprise, Rob Taylor in Maths and Greg Hughes) were amongst the first global Showbie Champions. We use Showbie extensively as a free tool to collect /mark work on iPad and provide multimedia feedback.

There are now several case studies videos about our use of iPad, made with various Apple Solution Expert partners:

The de Ferrers Academy - Learning with iPad from Academia Group on Vimeo.

Academia 1:1 from Academia Group on Vimeo.

You can read more detail in our separate ‘Impact’ sections, but over several years we are already seeing:

We also work closely with local universities on Initial Teacher Training, including the University of Nottingham (especially English, Maths, Science) , by running hands-on workshops in how mobile technologies can be used in the classroom. All of our PGCE and School Direct placement students receive an iPad for the duration of their teaching practice and training. We encourage them to get involved in research projects and evaluative studies, including our nationally recognised Digital Author program.

You can download our free multitouch books for iPad here: www.itunes.com/deferrers 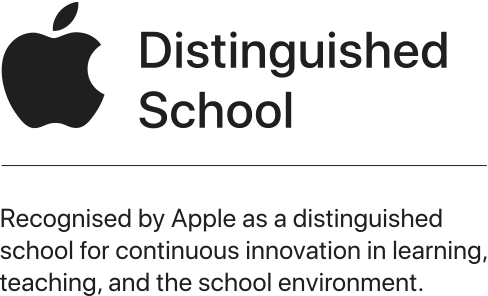