The de Ferrers Academy Sixth Form is a thriving and exciting environment in which to study. Students here are able to study in a friendly and supportive environment where we have the highest expectations for all of our students. 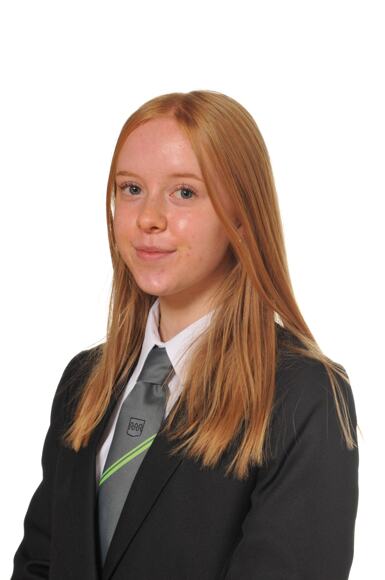 Hi, I am Phoebe and I am Head Student. I am currently studying French, Geography and Politics. After Sixth Form, I am planning on studying law at university in the hope of becoming a lawyer in the future.

I have been a student at the de Ferrers Academy since Year 7 and during my time here I  have engaged myself in numerous extracurriculars, such as the National Enterprise  Challenge, where my team and I made it to the final, presenting at Wembley Stadium. I have also been involved in academy shows, clubs and student voice throughout Dove, Trent and  Sixth Form, along with setting up my own society (the Law Society) during my time at Sixth  Form.

Following this, I hope to encourage more student-led societies in order to encourage more  involvement across all three campuses and to encourage a stronger sense of community.  Another thing I hope to encourage as a Head Student is for everyone’s voices to be heard,  with the hope that students will recognise the Head Team as a valued interface between  students and teachers. Becoming a SARAC young person’s ambassador and a youth  councillor for both Outwoods and Horninglow and Eton Parish Council has undoubtedly  equipped me with the skills necessary to achieve this. Above all, I would like to inspire  students to be driven and ambitious in order for them to succeed both within the academy  and beyond. 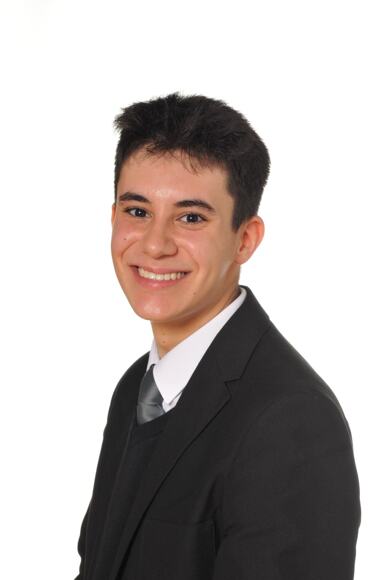 Hello, my name is Kai Blackhurst and I’m proud to be honoured with this prestigious post of  Head Student! I am currently studying A Levels in Biology, Chemistry & Maths; I aspire to study Medicine at university to become a doctor.

Over the years, I have demonstrated my commitment to the academy through volunteering  during open evenings and participating in several extracurricular activities from Debate  Club to co-leading the Sixth Form’s Medical Society. Additionally, through my continuous  involvement in Student Voice across all three sites as well as fundraising in charity events as part of the Sixth Form Wellbeing Committee, I have developed an array of transferable skills, which will aid me in this role.

I am a Young Carer and openly identify with the LGBTQIA+ communities; Through acting as a role model to younger students, I hope to establish an environment that is both enriching and comfortable, as well as nurturing respect for each other by celebrating equality and diversity.

Furthermore, I hope to build stronger connections between the 3 sites to create a stronger sense of community through the use of student-led societies as well as more career focused extracurriculars. Above all, I hope we can all work together making ourselves and our academy the best version it can be. It is the utmost privilege representing the student body at de Ferrers and it’s a role I’m eager to engage myself actively in with passion! 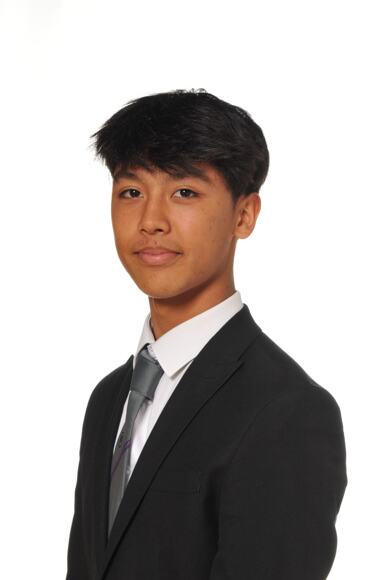 I am Milad and I am a Deputy Head Student. Currently, I am studying Maths, Biology and Chemistry and I plan to study Dentistry after Sixth Form. I aim to build stronger and  more meaningful connections between the students and teachers as well as being a platform for students coming from minority backgrounds, as to which I relate as I am a  Hazara Afghan, so their voices can be heard. I have represented The de Ferrers Academy through football teams and have also volunteered in events such as Sixth Form inductions days. Being part of The Head Team I’ll ensure a fun, creative and efficient working environment for all students to thrive in and to encourage students to take part in more social and extracurricular activities. 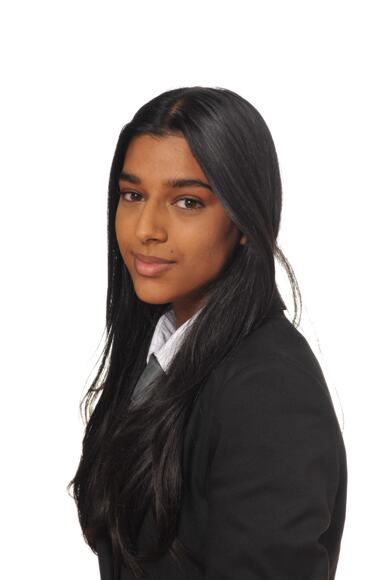 Hi, my name is Prabhdeep and I’m a Deputy Head Student. I currently study Chemistry, Biology and Maths. I hope to go on to study Medicine at university next year.  Throughout my time at de Ferrers, I have always taken the opportunity to represent the academy, particularly in the sports teams. My main aim as a part of the Head Team is to really listen to all students across all the campuses to make their experience as good and memorable as possible. I also want to ensure that all students feel supported in all aspects and to make sure each and everyone tries their best! I am honoured to be selected to be part of the Head Team and excited to work with my peers to make this academy a better place for everyone. 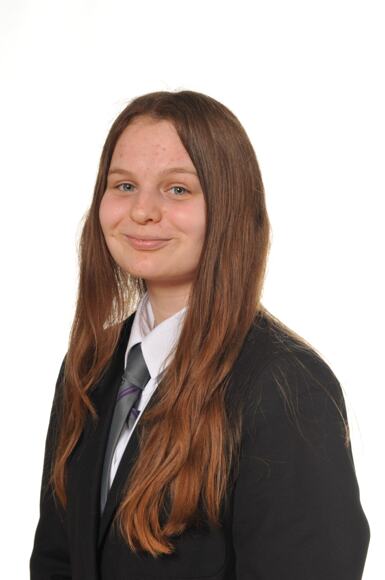 Hi, I am Holly and I am a Deputy Head Student. I am currently studying Biology, Economics  and Maths and am hoping to study Economics at university. Throughout my time at de Ferrers I have always taken opportunities to help and represent the academy:  through volunteering at open evenings and participating in the Ryman National Enterprise  Challenge. These opportunities have helped me develop skills that can be utilised during  my time as deputy. While on the Head Team, I plan to aid the rest of the team in building  strong interlinks between all three sites, and trying to be an advocate for all students. I am  eager and excited by this opportunity and am looking forward to working with my peers to create a positive impact across the academy. 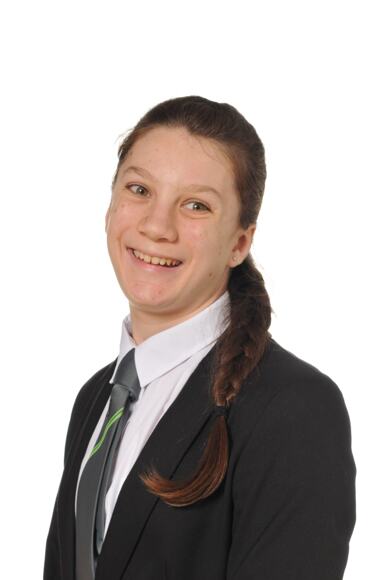 Hi, I am Natasha and I am a Deputy Head Student. I joined the de Ferrers Sixth Form as an external student from Robert Sutton. I am studying for A-Levels in History, English Literature and Sociology with the hopes of studying Primary Education at university. As a member of the Head Team I hope to help students to feel included and part of the academy community. I would also like to encourage students to get involved with the clubs and societies de Ferrers has to offer. On the Sixth Form Campus, I am part of the Sixth Form choir and I have been involved with the Debate team. During Year 12, I was a member of the Sixth Form student voice and I feel my role in that team has helped prepare me for being part of the Head Student Team. I feel honoured to have been selected to be part of this team and I look forward to using my role to help support my peers academy wide. 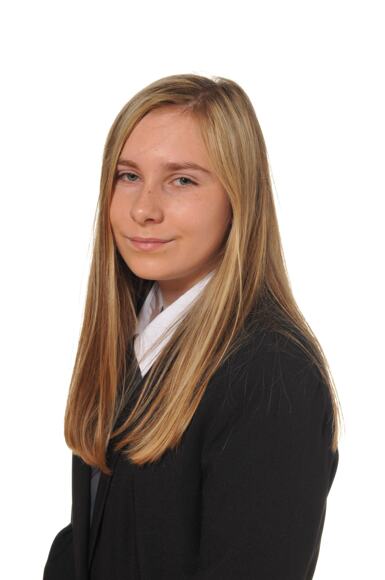 Hello, I am Caitlin and I am a Deputy Head Student. Currently, I am studying Applied  Science, BTEC Psychology and Theatre Studies. I’m hoping to study Biochemistry at  university next year. Being part of the Head Team is an honour and privilege that I want to  use to help benefit all the students at the academy. I aim to support the mental health of students, helping to improve their confidence that will allow them to pursue their goals. I want to provide guidance to students so they can become the best versions of themselves. As well as this, I would like to encourage all students to voice their opinions so that collectively, we can succeed and improve the environment in which we learn at the de Ferrers Academy. 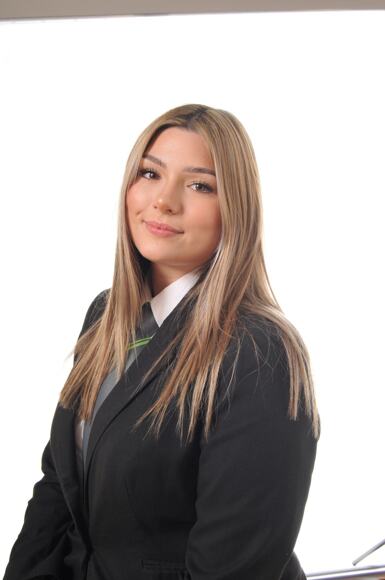 Hi, my name is Lara! I am currently studying A Levels in Biology, Chemistry and Geography with the aim of pursuing a career in medicine in the future. I am especially interested in science and am also a member of MedSoc. I joined the de Ferrers Sixth Form from John Taylor High School in September 2021; although I am new to the school I am so happy to be here and grateful to have the opportunity to represent de Ferrers by being part of the Student Head Team. I have consistently helped out throughout all 3 campuses from volunteering to support the lab technicians on Trent to helping out with induction days on both Dove and the Sixth Form campus. I am a very sociable and enthusiastic person! My aim is to help provide students with a voice and any support and advice they may need throughout their time here. I’m especially looking forward to working with the other members of the Student Head Team to provide my peers with the best possible experience here at de Ferrers.

Our History taster session has been rescheduled for Thursday 8th December. Sociology will go ahead as planned! https://t.co/dwnP25dhhl
Twitter / @deFerrers_6th

We are looking forward to attending! Come and chat to ex-BRS students to find out what it’s like to be a sixth form student at de Ferrers! https://t.co/7RF3m6RYPb https://t.co/J44HtxB3wy
Twitter / @deFerrers_6th

We hope our students have had a restful half term! Just a reminder we start back on Tuesday 1st November 🎃 👻 https://t.co/qtY7ds02qS
Twitter / @deFerrers_6th